'Switzerland
126 license-built originally, followed by 124 more, later. The Ghost engine was also eventually license-built in Switzerland. They were withdrawn in 1983, being fully withdrawn by August of that year. It was a bit ironic that the Swiss apparently suffered problems with corrosion of some metal materials but the wooden material apparently caused few problems. '
(aus http://members.tripod.com/~BDaugherty/neam/venom.html) 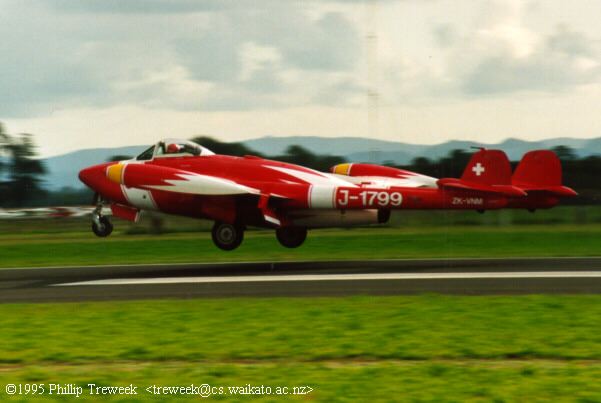 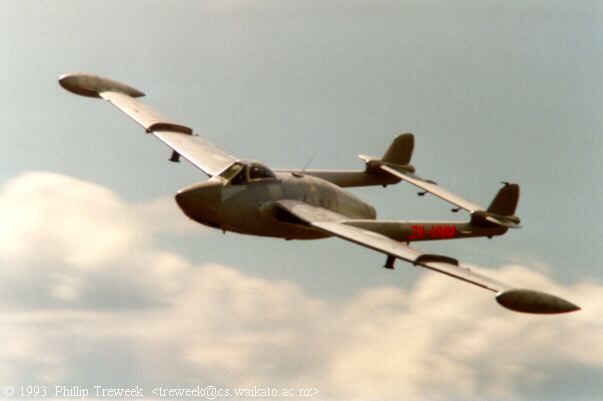 Taken at Rukuhia, 20 January,1993. Here Trevor Bland's replacement Venom (the original FB1 ZK-VNM was lost in an accident in November 1991) is shown carrying out its display. The aircraft has now been repainted in a plumage reminiscent of the Swiss Air Force display team.